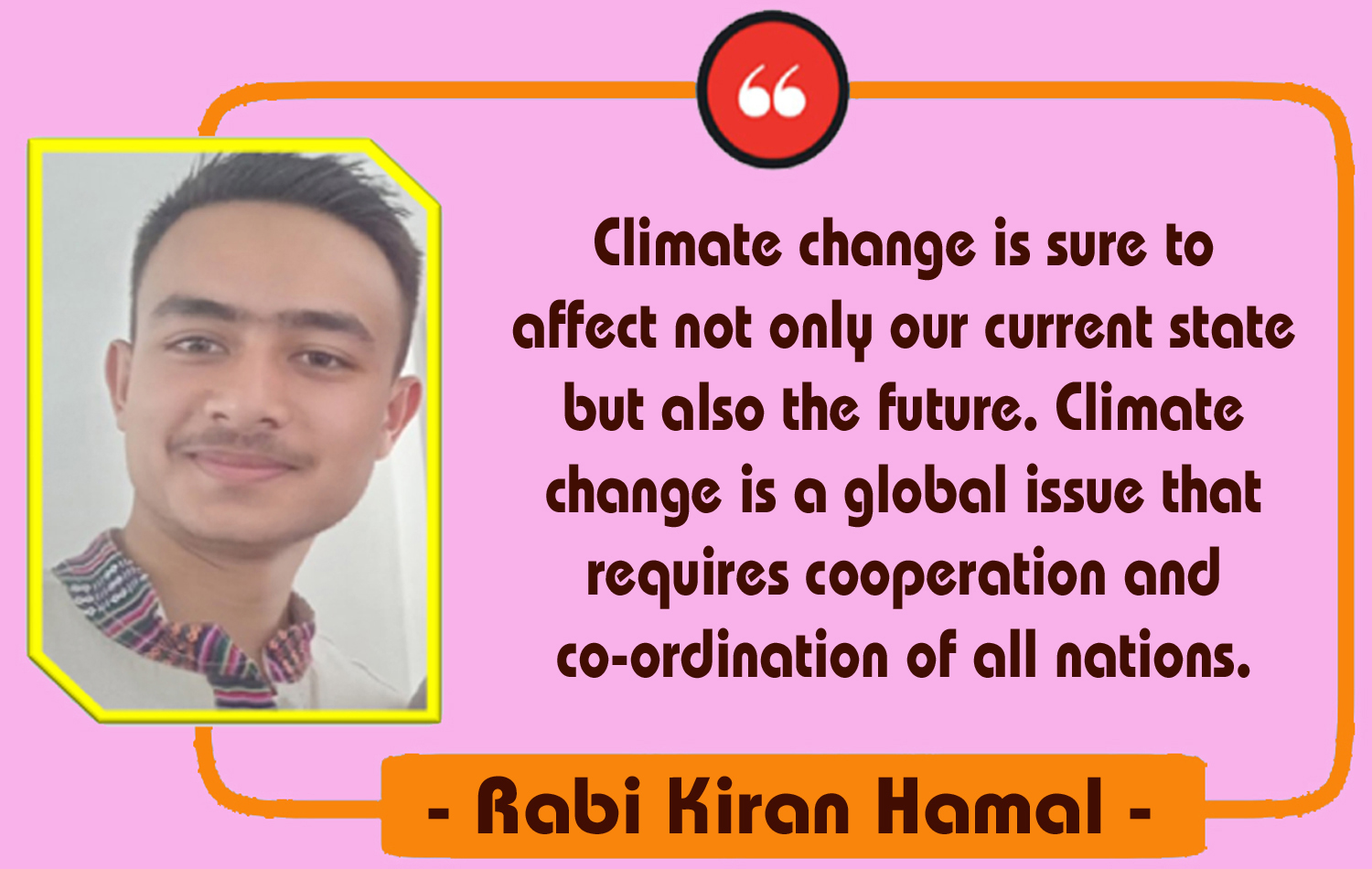 Climate change is one of the main challenges of the 21st century in the world. Climate change causes the Earth’s climate to change in a new way. Changes in weather patterns occur only after a decade or longer results. The climate system depends mainly on five things. The atmosphere, water, snow, biological organisms and land are the main elements of the climate system.

The main cause of the rise in global warming is the activity of people. Earth’s temperature is rising due to rapid industrialization. The atmosphere is heating up due to carbon dioxide and other gases. The effects of greenhouse gases are beginning to be seen directly in the high mountains and melting snow in Antarctica. If temperatures rise at this rate, the island countries, including the Maldives, will not exist within a few decades. Since the beginning of the industrial revolution, the acidity of water on the sea surface has increased by about 30 percent.

The Paris Agreement promises to keep the Earth’s average temperature rise below 2 degrees Celsius by the 21st century, drawing the attention of all countries to the threat of climate change. The UK has recently announced that carbon emissions will be reduced to zero by 2050, Germany has also proposed to reduce carbon emissions to zero throughout Europe.

Being able to educate and empower women has a positive impact on the climate. Most women have the right to decide on activities at home. Women play a major role in the management of food, water, food items, fuel choices and other materials used at home. About 2.4 billion people in developing nations are still using wood, coal and charcoal as fuel. Investing in technologies that promote sustainable and renewable energy sources is essential to reflect women’s knowledge, needs and roles. If all women are aware of climate change and are able to take action, the pollution caused by the waste coming out of the house can be minimized. In countries where women are highly represented in parliament, more sensitivity to the environment is found.

If women have the right to control & access to and use of land, they can pay special attention to the balance of the environment. We can achieve the goal of gender equality by giving women the ownership of land. Environmental protection strategies should be set in view of family planning and women’s health, and implementation of such programs will ensure maximum participation of women. Representing women at every level and stage of the state plays a vital role in making climate change sensitive.

The energy sources we use are factors in increasing the Earth’s temperature. The first challenge of all our nations is to stop the excavation of coal, oil and finally natural gas. All countries should go towards stopping the production of petroleum products. Britain has decided to stop production of oil-powered vehicles by 2035. To promote solar energy, the government should adopt a policy of giving goodwill to domestic and foreign investors. There is enormous potential for hydropower in Nepal.

Hydroelectricity is sure to cover about 80 percent of the energy if it can be completed in time for large projects, including Budi Gandaki, Upper Karnali, West Seti. There is also a great potential for wind energy in the hills and mountainous regions; there are many grounds for achieving remarkable progress in the production of wind energy through cooperation with the local government.

The development of other infrastructure is accelerated if the local and state governments can become self-reliant on energy only because the governing system is in the federal framework. The knots we used at the local level were based on alternative energy. Now, through scientific technology, energy can be collected from the rivers running at velocity. Lower rates should be maintained on electrical appliances including home-made electric stove, fan, washing machine & mixer.

In households using alternative energy, a policy of exemption in public service may be adopted. More than half of Nepal’s population is using firewood for cooking, which has led to air pollution on the one hand and forest degradation on the other. The use of firewood is adversely affecting people’s health. Alternative Energy Promotion Centre (AEPC) was established on November 3, 1996, under the Ministry of Science and Technology with the objective of developing and promoting renewable/alternative energy technologies in Nepal. We must broaden the production and use of alternative energy through all three levels of local government.

Tree plantation is one of the most popular weapons when it comes to fighting global warming. Many nations have begun a campaign to plant large numbers of trees to control their carbon emissions. Tree plantation plans have been increasing drastically since the Paris Agreement of 2016. As trees grow, they begin to remove carbon dioxide from the air, which helps prevent climate change. Trees increase the amount of oxygen in the atmosphere by storing carbon in the soil. We are getting a lot of benefits from the trees. Trees play a major role in purifying our climate, attracting birds and wildlife.

The Government of Nepal is also aiming to plant 10 million trees annually. Other organizations are also actively engaged in planting trees. It is not enough to just plant trees, only if the concrete plans for the conservation and development of the three are taken forward, can the viability of the tree be confirmed. Tree planting programs should not be limited as advertising, it is important to emphasize the importance of raising trees. Every year, the forest cover area is shrinking to nearly the same size as the area of Nepal. The new tree balances the amount of wood needed to grow. Special attention should be paid to the recycling of large quantities of paper products.

We also have to be mindful of the furniture we use, preventing the use of lumber for decoration, being responsible for our massage. While performing developmental tasks, low-lying areas should be taken forward by the tree planters. The policy of planting new trees immediately instead of being cut off or potential tree planting due to structure construction can easily balance the nature. Local government should inspire citizens to plant mandatory trees in homes, schools, offices and other public places. Many creative exercises such as giving birth, planting trees on Remembrance Day, raising children to obtain certificates for students can contribute immensely to keep the environment healthy. Such practices can also motivate a new generation to be environmentally sensitive.

Improvements to the transport system

Transportation is one of the major causes of climate change. Transport activities are generally divided into two categories: transportation of people and transportation of goods. According to one study, the energy consumed in the transport consumes about 70 percent of the population of the people and about 30 percent of the goods in transit. The energy consumption of the transport sector can be reduced by half only if public transport can be promoted. Travel surveys found that 27 percent of people use vehicles for homework. The traffic pressure can be reduced by making the daily consumption of the goods widely available in the local market.

The development and promotion of public transport can play an important role in limiting the impact of climate change. A large part of the greenhouse gases emissions is consumed by petroleum-derived petroleum, diesel, and other fuels used in transportation modes. Vehicles operating from petroleum products are causing problems with air pollution as well as global warming. The increase in energy consumption in the transport sector is high. Carbon dioxide and black dust emissions are becoming more prevalent over a longer period of time by means of transportation. Currently the use of small vehicles such as bikes, cars is high, it should be stopped.

The state should give proper attention to the management of public transport, such as big buses, trains, subway trains. The use of small vehicles, such as car bikes, can be drastically reduced if public transport is focused on clean, safe and accessible to many places. Due to few bicycle lanes in the city, fewer people are using bicycles. The government should adopt policies to promote bicycles by restricting bicycles and cars in short distances, except in urgent times. Although the government of Nepal has taken initiative to bring rail, metro rail into operation, no progress has been achieved. The construction of the east-west railway needs to be intensified. The immediate implementation of electric buses in major cities of the country will help reduce the effects of environment pollution and climate change.

The use of low energy-consuming electrical materials can have a positive impact on the environment. Make it a habit to unplug computers, TVs, and other electronics we use daily. As we move closer to our workplace, the use of transportation means less. Habitual eating habits have a more positive impact on the environment than on non-vegetarian diets. Let’s stop using the refrigerator as much as we can. The effect of the greenhouse gases emitted from the refrigerator can be avoided only if the freshness is followed by the habit of consuming food.

All countries should take initiative to control the population growth, it is necessary to maintain a population that can afford the limited resources available on earth. Climate change is sure to affect not only our current state but also the future. Climate change is a global issue that requires cooperation and co-ordination of all nations. By being responsible, let us play a role in our environment to keep the environment as it is for us and our future generations. We should give priority to candidates sensitive to climate change everywhere, we must support leaders, formation of governments sensitive to climate change & planet. 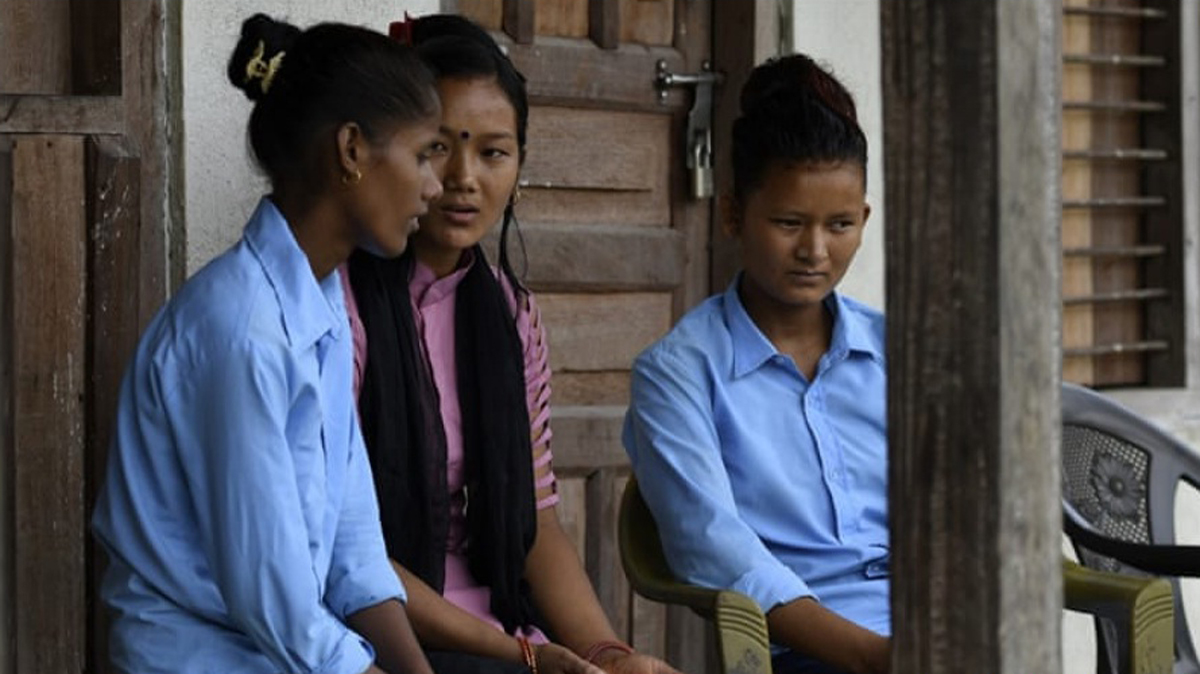 How child ‘love marriages’ in Nepal have become curse for girls 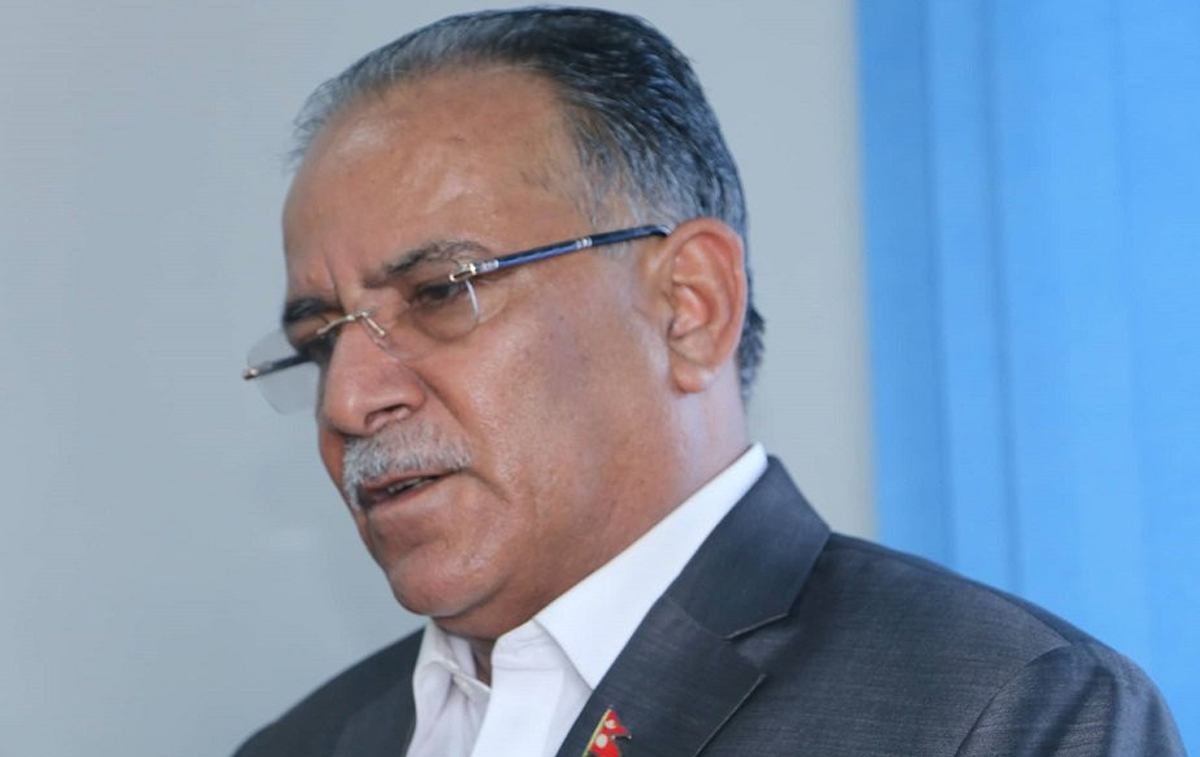 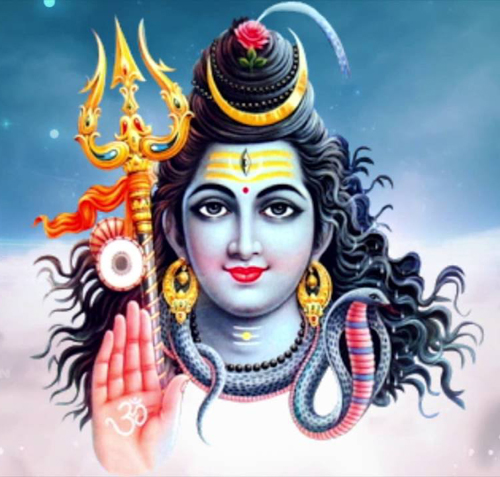 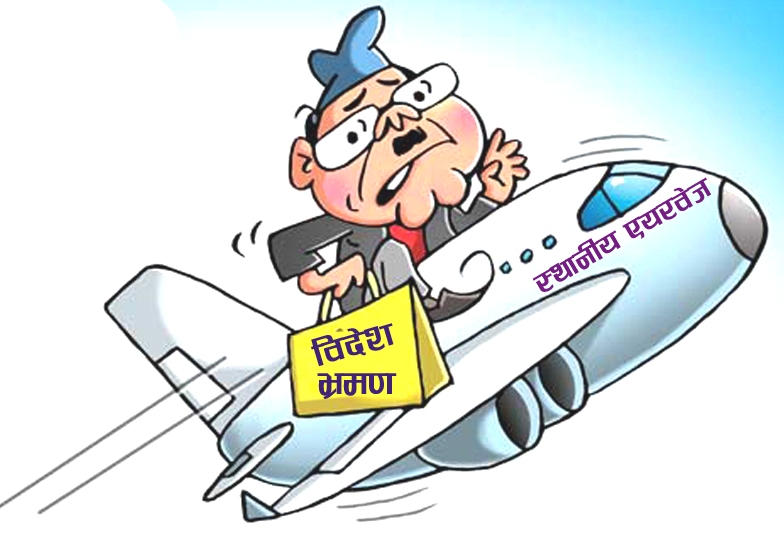 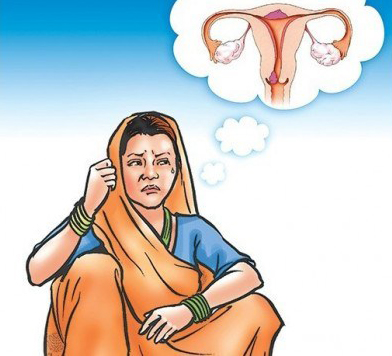 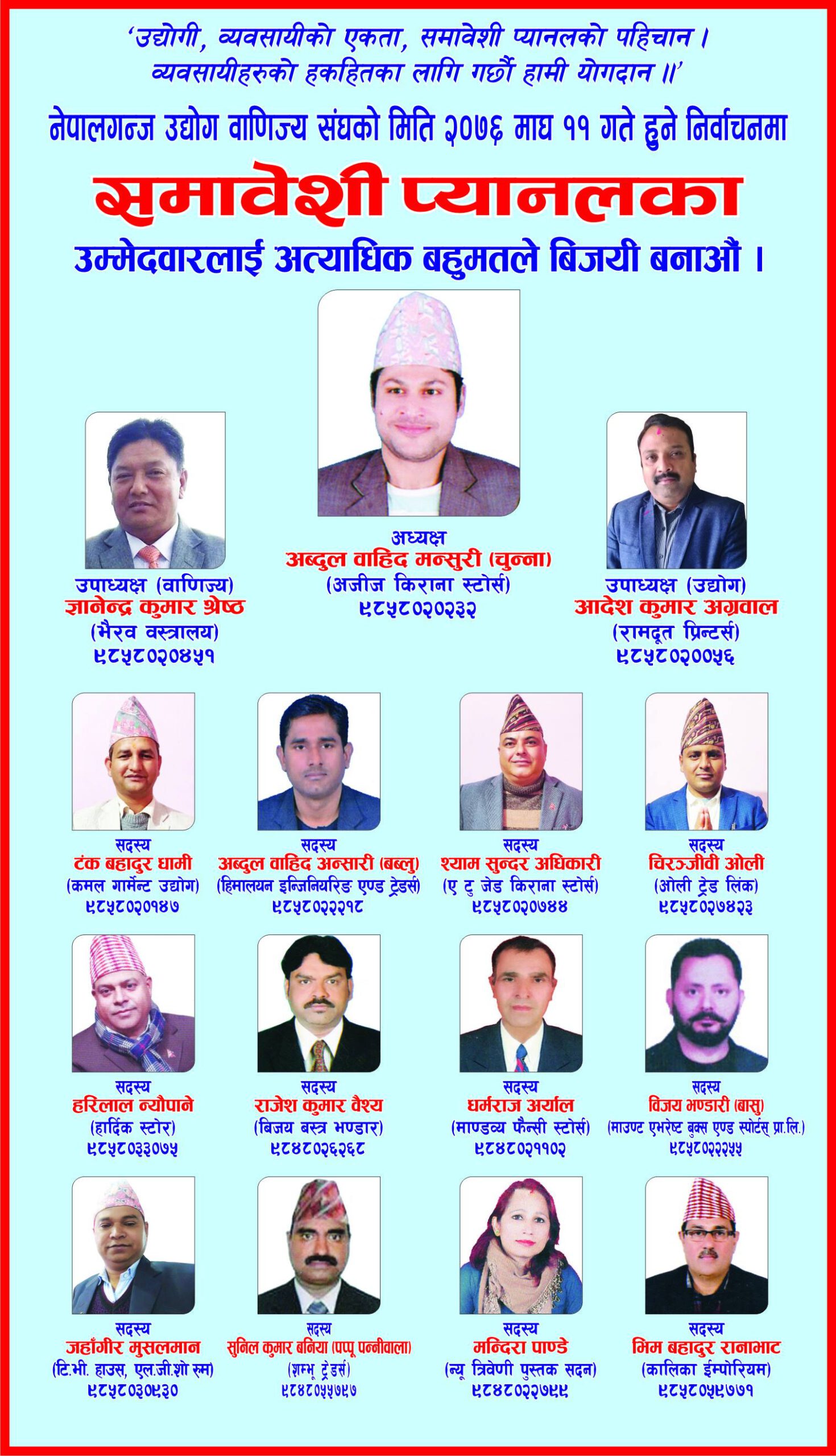